In recent years, many people have become interested in eating gluten free. Gluten can be found in a few different grains, including wheat, barley, and rye. A protein is essentially responsible for helping foods maintain their shape, acting as a kind of binding ingredient. At first glance, gluten may seem innocuous. After all, people have been eating food based on grain for centuries; but then again, people have also been getting sick without understanding why for centuries as well. Only more recently have researchers been able to understand exactly how closely our health is linked to what we eat. In particular, gluten may not be as safe for us to eat as we once thought.

Perhaps the most significant medical condition associated with gluten is Celiac disease. Celiac disease is an autoimmune disease, which causes sufferers to have a reaction to gluten that creates inflammation. This inflammation damages the lining of the small intestine, preventing the absorption of vital nutrients. Those that suffer from Celiac disease experience diarrhea, as well as bloating, fatigue, gas, anemia, and even osteoporosis. While it can often take years for people to be diagnosed with Celiac disease, the long term effects of the condition can be significant, and the most common and effective treatment for the disease is a strict gluten free diet.

Celiac disease, however, is not the only disease associated with gluten. Non-celiac gluten sensitivity can also occur, as well as wheat allergies, gluten ataxia, and dermatitis herpetiformis. Although doctors may prescribe medications to take to treat these conditions, they will also usually prescribe a gluten free diet as well. Additionally, eating gluten free is often a choice people make to simply better their diets. Many of the foods associated with gluten (bread, pastries, pasta) are not especially nutritious and can be quite fattening. Lots of people choose gluten free diets because it makes it easier for them to stay in shape; there’s a reason why so many older female models recommend gluten free diets. No matter why you’re trying to eat gluten free, it can be a bit difficult to do so at first. So many foods have gluten, even foods that you wouldn’t automatically associate with such ingredients. But if you take eating gluten free seriously, you can do so; and you don’t have to solely eat at home when you eat gluten free, either.

With that being said, let’s look into some of the ways that you can help yourself eat gluten free, both out and about and at home! 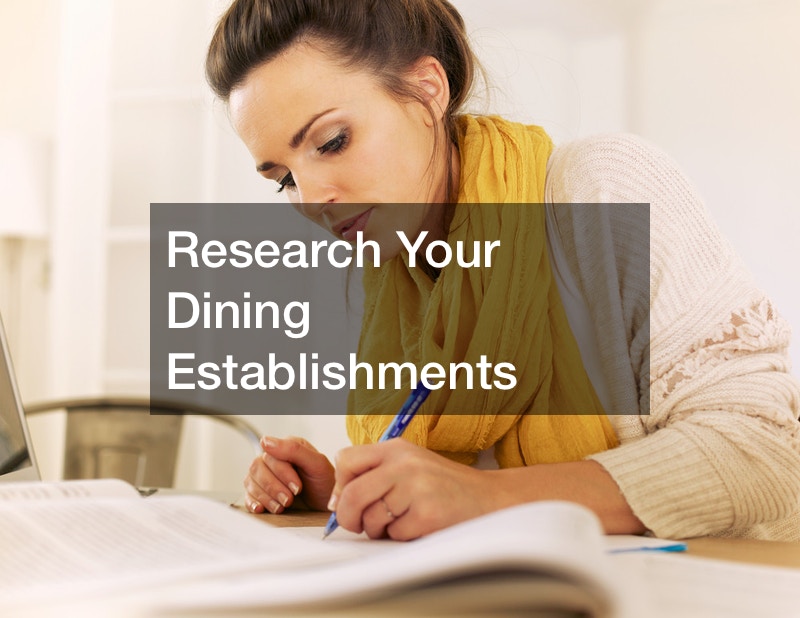 If you’re worried about eating gluten free while out and about, one of the best things you can do is research the dining establishments around you before visiting them. No restaurant is obligated to be gluten free; and many that seem to be gluten free at first glance actually allow gluten in contact with other ingredients before using them in ostensibly gluten free dishes. Restaurants that take eating gluten free seriously usually denote truly gluten free meals on their menus, making it easier for you to make an educated decision. You can also call or email around if you’re interested in specific restaurants, asking if they cook gluten free before making a decision about going there. It doesn’t hurt to ask, but you can save yourself some time and stress by asking in advance, rather than waiting to ask a last-minute question of your server.

Additionally, you may want to accept that some restaurants are probably going to be out of the question if you go gluten free. Even fast-food restaurants that seem to offer gluten free meals probably can’t be trusted if you have a severe gluten sensitivity, as the meals they offer are prepared quickly. There are a lot of opportunities for food to become contaminated. You may very well want to prepare yourself for eating at more expensive restaurants outright. Furthermore, certain types of restaurants may need to be taken off your list. An Italian eatery, for example, probably isn’t the best place to look if you’re seeking gluten free fare. This is because many Italian dishes are based on pasta; and while gluten free pasta does exist, it has yet to be adopted by many restaurants. Of course, not all foods that seem like they’re gluten free are necessarily so. Even barbeque food can potentially have gluten in it; though meat is obviously gluten free, gluten could be used as a binder in some barbecue sauces.

2. Narrow Down What You Eat 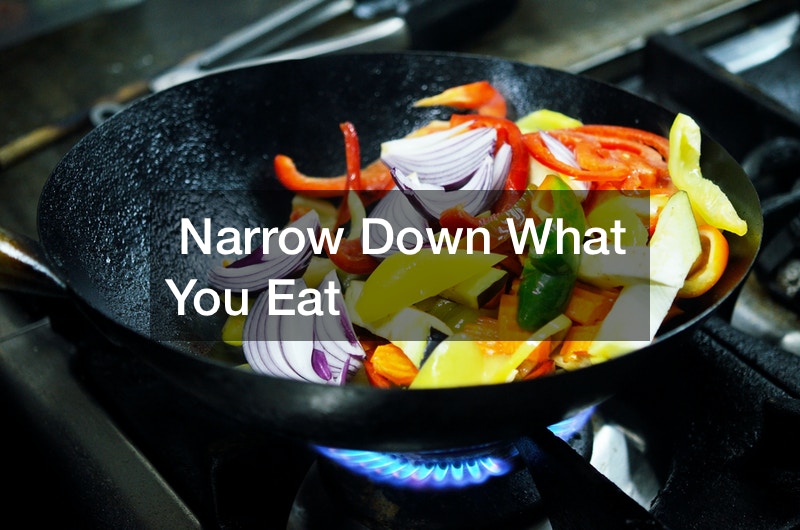 When you are eating at a restaurant and have found it to be reasonably safe, there are a few different types of food you may want to stick to in order to maintain a gluten free diet. The good thing is that many of these food types are available at a variety of different restaurants. Even a barbecue restaurant can be reasonably counted on to have salads, for example. Now, when you’re ordering that salad, you may want to make sure that you order it with a vinaigrette rather than a dressing, as lots of dressings have gluten in them. And needless to say, you’ll want to eat that salad without croutons! If you’re not certain about the restaurant’s dressings but want to have the dressing on your salad rather than a vinaigrette, feel free to bring vinaigrette of your own.

If you aren’t interested in just eating vegetables, you can also consider eating meats. Beef, pork, poultry, and fish are all acceptable foods for those on a gluten free diet to eat. However, the seasonings used on these meats can sometimes contain gluten. Ask about the seasonings before eating them, and if you’re preparing food on your own at home, you may want to make your own seasonings from scratch. Stick to herbs, and when in doubt do some research to ensure that the herbs you are using do not fall into the types of gluten. Furthermore, you’ll want to cut all fried foods, meat and otherwise, from your diet. Typically, there is gluten in most of the batters and breading used for fried foods.

Even soups and broths can potentially have gluten in them. This is because many soups and broths are thickened with a roux, which is often based in flour or other glutenous substances. Ultimately, you’ll simply have to be extremely careful when eating out at different restaurants (unless you find the rare restaurant that purposefully offers an entirely gluten free menu) or even cooking at home. Although, as gluten free eating becomes more popular, gluten free products become more common on the market. 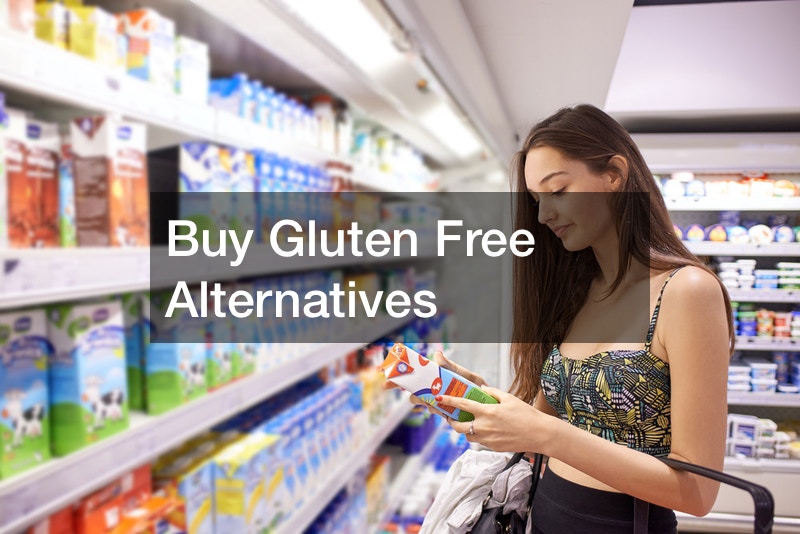 As the demand for gluten free food has risen, many food companies have responded by creating gluten free alternatives to foods that would traditionally be quite glutenous. Some of these products don’t have to be processed and can be bought as gluten free alternatives in their ‘raw’ forms. Quinoa is a gluten free grain that has shot up in popularity in recent years, not only because it lacks gluten but because it is full of antioxidants. It’s also full of protein. Quinoa can be used on its own, or you can buy quinoa flour for everything from bread to pancakes.

Sorghum is another alternative to gluten, less well known than quinoa but just as valuable. Sorghum was often used as a cereal grain, and in the past was primarily used as animal feed. But in recent years, it has been cultivated as the basis of sweeteners, though it can actually steady your blood sugar while acting as an alternative to gluten. It can be ground into flour, or used as a replacement for barley in soups.

Buckwheat is another wheat alternative, which is known in particular because it can be used to make soba noodles. If you really want to eat pasta but at the same time need to stay gluten free, you could look into eating soba noodles made out of buckwheat instead.

Finally, you should consider eating brown rice. You may consider both white rice and brown rice; but brown rice is healthier, as white rice has the bran and the germ of the grain removed during processing. Brown rice has more fiber, and is much more nutritious than white rice, despite the fact that the two can be used relatively interchangeably.

Don’t forget that you can also eat cauliflower products as an alternative to gluten. For example, cauliflower pizza crusts have gained popularity in recent years, and with good reason. Some on gluten free diets also choose to replace rice with their cauliflower, using cauliflower that has been processed finely enough to imitate the texture and feel of rice. 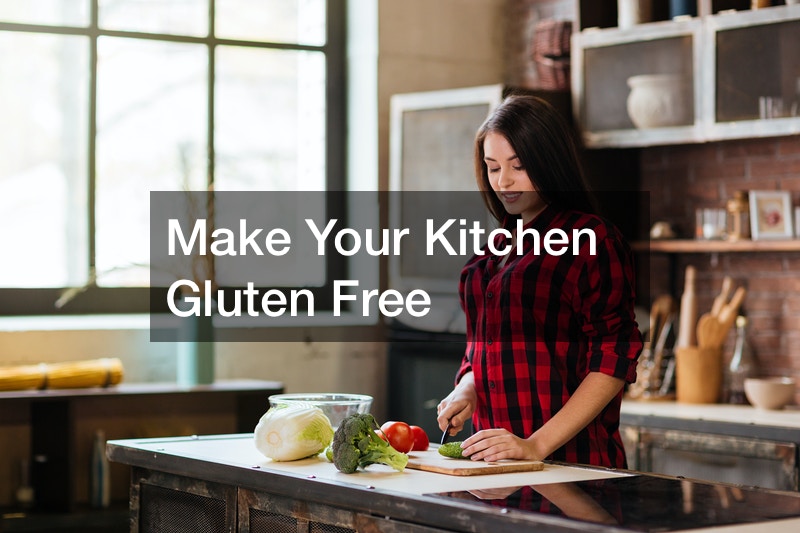 There are many things to consider when you decide to transition to a gluten free lifestyle. Many people who switch over to gluten free diets actually change their kitchen designs. You may want to speak with your gluten allergy doctor about how you can ensure that your new design best facilitates a gluten free lifestyle before you begin speaking to the owner of a kitchen remodeling company. Of course, many of the decisions that you make may be dependent on whether your entire family is gluten free, or just you. It may be a bit more complicated to set up a shared gluten free kitchen, as opposed to a kitchen that is wholly gluten free. While planning out your new kitchen design, designate a specific gluten free space first. Not only does this pertain to your kitchen cabinets and preparation spaces, but your appliances, and even the locations of your pots and pans. The most important thing to do when planning out a gluten free kitchen is to cut down on the risk of contamination, especially if you can’t be certain that everyone else in your family is going to be cooking gluten free.

Additionally, consider investing in appliances that better facilitate gluten free cooking. Look for non-stick pans that are easier to clean, just in case they do get accidentally contaminated. Furthermore, when you do buy new appliances, pots, and pans that are specifically meant to be used for gluten free cooking, think about adding something that color codes them for your cooking purposes. These are the types of tactics used in places like senior housing facilities when the dietary needs of many people need to be served in a single kitchen. You may have to do some extra work to ensure that your food is completely gluten free, but in the long term, it will be well worth it.

You may crave products with gluten initially after your switch. It’s natural to want things that you’re depriving yourself of, even if you don’t really need them. But persevere. In the long term, your efforts will be well worth it; you’ll be able to make a major change in your health, while at the same time trying foods that you otherwise may not have tried. Even if you don’t need to go gluten free, you may very well want to try it!

View all posts by Professional Waffle